The conference room is a place for collaboration. It’s where brainstorming happens, where ideas are born, where decisions are made, and where sales are sealed with a handshake.

With all of today’s communication tools, the conference room remains essential. It provides a setting for real-time conversation–a setting where body language, posture, and tone matter and where words are only part of the conversation.

As business has evolved, so have conference rooms.

If your conference room looks like most–table, chairs, a speakerphone, and a projector–there are great opportunities to update your setup and improve collaboration.

Many companies have invested in video-conferencing equipment over the past 10 years. If your company was an early adopter and uses this technology often, it might be time to look at an update. There are a variety of vendors with technologies at many price points.

If your business hasn’t tried adding video to conference calls, there are many ways to give it a try–and you probably own all the equipment needed. Video-calling service Skype allows free video conference calls for up to five parties, with some limitations. Calls can’t exceed four hours, and you cannot use more than 10 hours of video calls per day and 100 hours per month.

The free Google Hangouts service allows up to 10 video conference call participants. The only hardware you need to get started with Skype or Google+ is a modern smartphone, tablet, or computer with a webcam.

Apple’s Facetime video-call feature is simple to use but more limited. Itís built in to all recent Apple computers, phones, and tablets. However, it only offers connections between two Apple devices. 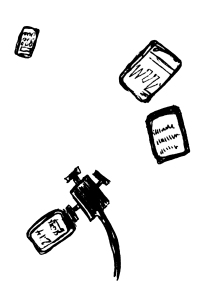 In the conference room, smartphones and tablets are often problematic diversions. Rather than banish them, why not take steps to integrate them into the meeting?

Phones can be a valuable sharing tool when teamed with a mirroring device. If your team uses Apple products, a $99 AppleTV allows meeting participants to display their device on a television or projector.

Google’s $35 Chromecast device has a similar feature for some Android devices.

As your team works, help keep their devices charged with a tabletop charging kiosk, which generally cost $30 to $100.

Writing on The Wall 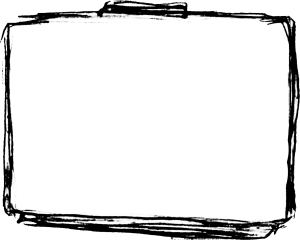 computer–have become popular in classrooms, and they have been widely adopted in the corporate world.

In a business setting, these systems work well for sharing documents that need to be edited by several people during a meeting. Writing notes and manipulating images on an interactive whiteboard can be an engaging experience that helps keep team members on the same page. Some systems allow for remote users to collaborate, too. Other systems include video-conferencing capabilities. These systems generally cost thousands of dollars, and there are many varieties available.