Planning an economic development strategy for a region or state is no easy task. It often requires help from an outside expert. Many times, that expert is Ted Abernathy.

He advises the Southern Governors Association on economic policy and played a critical role in developing the Research Triangle Regional Partnership in North Carolina.

However, his most recent work has been in Missouri, where he has been helping lead the Missouri 2030 project. Abernathy met with business leaders across the state, gave numerous presentations, and analyzed an extensive amount of data to help inform Missouri 2030.

His national work gives him a unique perspective on Missouri’s current place in the economy and what the state needs to focus on to move forward.

Missouri Business: You’ve brought a lot of data from many sources into Missouri 2030. What data best describes where Missouri is now? 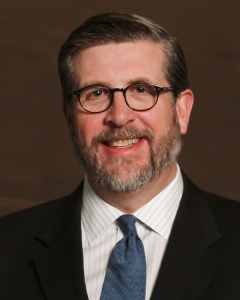 Abernathy: What we try to do is try to establish a common current reality for the economic development climate. When we looked at Missouri, we found a couple things. One of the long term trends over the last 20 years is that—with GDP per capita, wages, income growth, and attraction of new jobs—Missouri frankly just didn’t score as well as some of the surrounding areas.
We also looked at comparative data as far as how Missouri was ranked against other states, and a lot of the data show Missouri as middle of the pack—not terrible, but a lot of scores were in the 20s.

MB: How important are these rankings?

Abernathy: Overall, what businesses look at is how Missouri’s numbers compare to other states when they make decisions on whether they are going to locate here and expand here. Those decisions become numeric. That doesn’t sound all that fair, but when you look at a spreadsheet and one state scores 23rd and one state scores 4th, then it’s hard to make the choice to go to the place that scored 23rd.

MB: Were you surprised at how middle of the road Missouri was in almost all areas?

Abernathy: One of the surprises was that there were very few top 10s for Missouri. Today in site selection, the process is about eliminating places. You start with a big group, and you eliminate places numerically. Then, you only get to the qualitative data after the quantitative data has selected a much smaller pool. So, for Missouri to end up in the pool that is being considered, you’re going to have to be strong in some areas, and those areas are harder to find than we expected.

MB: Why do you think it’s valuable for the Missouri Chamber to go through this process?

Abernathy: What we’ve found around the country is that the states and the regions that are successful are the ones that are very intentional about what they do. You’ve got to have a realistic, open understanding about your reality. Where are you? How do you compete? What do the numbers say?
Then, you have to have an understanding about where you want to be in the future and figure out things that get you from where you are to where you want to be. I think in this process we’ve done a really good job of trying to paint what the current common reality is. The next question is: Are you pleased with the current reality? Do you want to let inertia or inaction be what takes you from here for the next 20 years? If you don’t, where do you want to go?
And that’s all in a context of competition with other states that are doing things every day to compete and beat Missouri. Missouri has to find a way to compete and beat those places.

MB: Missouri businesses say finding skilled workers is a major issue. How does that compare to what other states are seeing?

Abernathy: This is certainly a national phenomenon. A lot of places are struggling to find skilled workers. What I think is important is that Missouri, if it can find a way to train its workers better and make those skill sets match what employers are looking for, then it has a huge competitive advantage. It’s a way to move from a state that scores in the middle of the pack to a state that is wining a lot.
You can win by having the talent. Talent rules today. Right now, what we’re hearing from Missouri businesses is they’re having trouble finding it. If we can find better ways to train people for the jobs that are emerging in the future, then it’s going to give Missouri the competitive advantage.

MB: Does it make sense for the business community itself to take action?

Abernathy: We’re talking about commerce. We’re talking about what it takes to grow jobs in Missouri. If I asked anyone to find out what it takes to grow a job, the first thing they’re going to do is talk to a business. We’re not in the position in the world today where we want government to grow our jobs, we want our businesses to grow jobs. So if you’re trying to seed an environment where the businesses can be successful, then you have to ask the businesses, you have to listen to what they say, then you have to take action to better our environment.

We can talk about doing it in this part of Missouri or that part. But this is a statewide issue, and the business community needs to come together and figure out how to make this better.

Considering the environment of political cycles, the state chamber and the business community that it represents provide the stability that allows Missouri to make the investments, to make changes to rules and regulations, and to bring people together to collaborate and better solve some of the problems we found.