Posted on March 2, 2015 by Jacob Luecke Leave a comment

For more than a decade, Missouri businesses have faced an uphill battle in lawsuits over whether discrimination played a role in firing decisions. 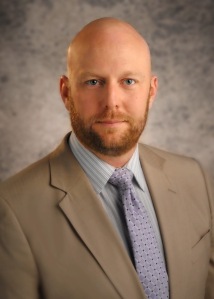 Missouri’s lenient discrimination law has opened the door to lawsuits by former employees who contend that their race, sex, religion—or status among the state’s other classes protected by statute—contributed to their firings.

The Missouri General Assembly has been working for years to pass a fix that would shield companies from having to defend frivolous lawsuits while continuing to give employees who have faced discrimination the power to seek justice through the courts.

This year, Senator Gary Romine, a Republican from Farmington, has filed Senate Bill 36, which makes “motivating factor” the standard in discrimination cases.

Romine, who owns a chain of rent-to-own stores in southeastern Missouri, has personally experienced how Missouri’s current “contributing factor” language can lead to costly, groundless litigation.

“I’ve experienced several occasions where we’ve had to dismiss an employee and they used certain protected classes as a reason to file suit against the company when discrimination was not the motivating factor at all,” Romine says. “They used it as an excuse to initiate a lawsuit. It’s very frustrating as a business owner because we have to foot the bill to defend ourselves.”

The contributing-factor situation has existed in Missouri since the early 2000s when Missouri Supreme Court decisions tipped the scales against employers in discrimination lawsuits.

In 2011, a fix was sent to Governor Jay Nixon, but he vetoed the legislation.

Romine says he has reached out to Nixon in hopes of starting a dialogue on the issue. Even without Nixon’s collaboration, Romine says the 2015 session finds the Capitol filled with more potential yes votes than ever before. He thinks there is a strong opportunity to pass his bill this year.

“There is a desire to see this done,” Romine says. “Our concern right now is, ‘Can we get this past the governor?’ He’s vetoed it in the past. But I think right now, with our majorities in the House and Senate, it’s time for us as a body to make a move and get this issue dealt with.”

As he pushes for action on his bill, Romine is asking Missouri business leaders for help.

“It is very important for constituents to talk to their representative or their senator from their area about this issue,” he says. “Get involved. Give anecdotal or real life experiences where these frivolous lawsuits have slowed your business down or disrupted your business in such a way that it’s harmed it and has kept you from expanding. These are the types of real stories that we want to hear about and know that this is a fact-based issue, not based on rhetoric or hypothetical situations.”