Posted on October 8, 2015 by Jacob Luecke Leave a comment

The Missouri Chamber Legal Foundation has entered a case that threatens to undermine the ability of consumers and businesses to resolve disputes outside of court.

The suit involves arbitration agreements, a beneficial system for settling legal claims without costly litigation. The arbitration process has advantages for both consumers and businesses in that it allows issues to be settled quickly and cost-effectively. 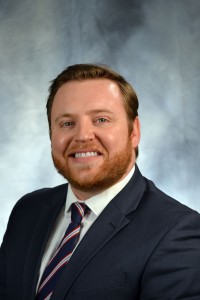 Brian Bunten,  General Counsel and Director of Legislative Affairs with the Missouri Chamber of Commerce and Industry

The case involves Manuel Lopez, a consumer who is suing H&R Block over $2 and $4 compliance fees he was charged for tax return preparation services in 2011 and 2012.

The case is noteworthy because Lopez is seeking to sue H&R Block despite the fact he agreed to arbitration when he used the company’s services in 2011.

The future of arbitration

The Missouri Chamber Legal Foundation has filed a brief in the case in support of the arbitration process. The brief states: “If the circuit court’s decision stands, businesses and consumers can no longer be confident that their arbitration agreements will be enforced, despite the many advantages arbitration provides. Instead, arbitration agreements knowingly and willingly entered into by the parties will be subject to being invalided based on a court’s public policy preferences.”

The legal foundation’s argument is based on several existing court decisions that support arbitration.

The foundation also notes that the arbitration agreement mentioned in the H&R Block judgment is similar to agreements used by many of the state’s businesses and meets all relevant legal requirements. If Missouri courts ultimately rule against H&R Block’s agreement in this case, consumers could find themselves burdened with the cost of furnishing legal representation.

The slow nature of the Missouri court system would also mean plaintiffs could have to wait months to years before they receive a judgment.

Businesses, large and small, would be harmed by the potential ruling as well. The Missouri Chamber Legal Foundation’s brief states:

“It is critical for businesses to be able to use inexpensive dispute-resolution mechanisms like arbitration. Civil litigation takes too long for resolution of consumer disputes, and the pendency of such disputes is itself bad for consumer relations. Moreover, particularly for small businesses, the cost of civil litigation is prohibitive—threatening the viability of some businesses, producing extortionate settlements, and putting Missouri and American businesses at a disadvantage to exporters in other countries.”

This case could only worsen the legal climate in Missouri, which is already ranked 42nd in the nation, according to a September study by the US Chamber Institute for Legal Reform.

The Missouri Chamber Legal Foundation is closely monitoring this and other lawsuits in the state and will continue advocating for sound legal decisions that work in favor of faster growth and making Missouri a more welcoming place to do business.