Posted on February 19, 2016 by Jacob Luecke Leave a comment

The easiest way to see Shelby County’s most valuable asset is to look straight down, toward the rich farmland. Agriculture is the biggest employer here.

Beneath the farmland, though, something else is hidden in the earth, providing a new jolt to this rural economy: two underground oil pipelines carrying up to 800,000 barrels of Canadian crude each day.

Both of the pipelines are owned by Calgary-based Enbridge. The newer of the two was completed in late 2014. The $2.6 billion pipeline added a huge asset to the property tax rolls in Shelby and 10 other Missouri counties it touches.

“I don’t know if I can stress to you how important the pipeline is,” says Glenn Eagan, Shelby County presiding commissioner. “It added approximately 22 percent to our tax base.”

Eagan says the new pipeline has boosted funding for a wide range of community services. It also helped fund a much-needed raise for county employees.

The pipeline project was spurred by the record-breaking Canadian oil boom in the Alberta oil sands, roughly 2,000 miles from Missouri. Once the crude is extracted, oil companies pay pipeline owners like Enbridge to pump their product south to American refineries.

The two Enbridge pipelines, called Spearhead and Flanagan South, carry Canadian crude along adjacent right-of-ways from Chicago to Cushing, Oklahoma. They enter Missouri through Lewis County and veer southwest on a 200-mile path through the state. Eventually, the oil ends up at refineries along the Gulf of Mexico.

“You can talk about Missouri as a pass-through for Canadian oil,” says Mike Moeller, Enbridge’s senior director for the company’s mid-continent region. “But you don’t get from start to finish without the critical middle part. That’s where Missouri serves us in our pipeline system.”

TransCanada’s Keystone Pipeline also carries Canadian crude through Missouri. Likewise, up to 25 percent of the oil flowing through Spectra Energy’s Platte Pipeline is Canadian. Both of these carry oil through central Missouri toward the Phillips 66 Wood River Refinery northeast of St. Louis.

In addition to the growing number of Canadian crude pipelines, Missouri also has several oil pipelines carrying domestic crude extracted from Texas and other regions.

Many communities have come to rely on the tax revenue generated by these pipelines and other oil infrastructure, such as storage facilities and pumping stations.

TransCanada has paid nearly $50 million in Missouri property taxes since 2010, according to Communications Specialist Matthew John. Enbridge paid more than $10 million in 2014 alone.

“In some counties, we become the rate payer,” says Moeller. “Some counties are just beautiful land with little industry or commerce. So the property tax we generate is a significant portion of their revenues.”

With Canada’s oil industry expecting continued growth, it’s possible that Missouri could see additional Canadian pipeline projects in the future. The trend is helped by the political desire to lessen our country’s reliance on Middle Eastern oil supplies. 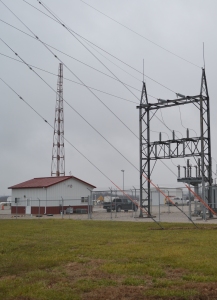 “Using these homegrown energy resources has significantly reduced our dependence on foreign oil in recent years, allowing a level of energy self-reliance that would have been unthinkable a decade ago,” says Devin Hotzel, manager of stakeholder outreach for Spectra Energy. “Pipelines move that energy around the continent in the safest way possible.”

The administration’s decision sent a chill through the industry. Despite the setback, the industry remains focused on growth. The loss of Keystone XL hasn’t recalibrated TransCanada’s projections.

“It doesn’t [change our plans],” says John. “TransCanada has over $48 billion in commercially secured projects for the medium- and long-term, and we are focused on moving those projects forward.”

In addition, news of occasional pipeline oil spills—which can be serious—tends to drown out industry arguments that pipelines are safer and more efficient than other methods of oil transportation.

Industry spokespeople also like to point out that, without pipeline expansion, Americans will likely see more oil moving on the roads, rails, and waterways. In addition to more roadway congestion and emissions, this could also make it harder for other commodity-based industries, including agriculture, to move products to market.

Considering these factors, Moeller believes the weight of the argument will continue to side with pipeline construction.

“At the end of the day, the United States has a need for energy and the mix of our supply is always going to include fossil fuels,” he said. “Do I see more pipelines coming? I do.”

Places like Shelby County will be ready with open arms. “It is definitely needed in this small, rural, not very heavily populated area,” Eagan says. “Anytime we can get a tax increase like that, it really helps us out.”