Posted on February 19, 2016 by Jacob Luecke Leave a comment

Sometimes a community’s ability to survive and grow is based on its capacity to move into the future.

Other communities are luckier. The future itself keeps coming back to Macon. 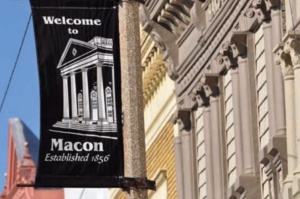 The abundance of coal in the area made Macon County attractive to businesses looking to provide fuel for the technology of the times. At one time there were more than 350 commercial coal mines operating in the county. But as technology shifted its focus, the future still couldn’t keep itself from Macon’s front door.

“We had the first ethanol plant in the state of Missouri,” says Frank Withrow, director of Macon County Economic Development. “Plus, Macon was the first city in the state to have fiber optics in every house and business.”

That degree of cutting-edge telecommunications can be directly attributed to Chariton Valley Communications, says Darla Dwiggins, director of the Macon Area Chamber of Commerce.

“That’s a local phone company that has grown and developed a huge presence here in Macon itself,” she says.

Other tech businesses located in Macon include Onshore Outsourcing, which employs nearly 250 software engineers and network technicians and provides IT services for Fortune 500 companies across the United States.

Ethanol and biodiesel production have also come to Macon. In 2010, President Barack Obama visited the POET Biorefining plant, which produces 46 million gallons of ethanol a year from corn purchased from area farmers.

Withrow says he doesn’t want to understate the importance of agricultural businesses such as ConAgra, which at 350 employees is one of the largest businesses in Macon. But the growth of tech companies has been important to the area’s retention of its younger work force.

“We’re trying to create an atmosphere for young people to stay here to raise their families, and the IT industry is really important,” Withrow says. “We’ve got to expand that industry.”

“We are actively engaging our youth to go out, further their education, and come back to Macon,” says Sue Goulder, assistant director of Macon County Economic Development.

A scholarship jointly sponsored by Macon County Economic Development and the county’s landfill fee offers students financial incentive toward their educational goals if they agree to return to Macon. 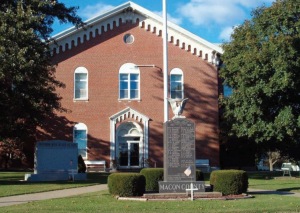 “We get the kids thinking about what jobs are here in town before they go to school, and then coming back here to grow their community,” Goulder says. “It just keeps us getting stronger and stronger.”

But there’s more to life than work. After hours, Macon still has a lot to offer.

“Civic organizations play a huge role in what makes Macon so unique,” Dwiggins says. “It’s an atmosphere of a giving heart and a community where everybody knows who everyone is. You’re able to raise your children in a safe environment that is really like no other. We’re small but we have a lot of amenities that add to that quality of life.”

“Once you get to this community, you’ll find it’s a great place to do whatever you want,” Withrow says. “We have so many entities that we can draw upon. It’s almost impossible to come here and decide this is not the place to put your business.”