Goldenseal’s knotty, yellow root is highly prized as a natural remedy for everything from colds to pinkeye.

That demand is what drove Don Stock to the woods of Appalachia three years ago. The Missouri businessman had just purchased a small company that processes raw plant material used to make herbal supplements.

Wanting to learn the industry from the ground up, Stock traveled to the Appalachians, put on rattlesnake chaps and went searching through the hills for valuable medicinal plants.

Walking with an experienced plant-gatherer as a guide, Stock saw how plants like goldenseal are camouflaged amid the foliage of the forest floor. But the guide could spot them quickly.

“He’d point to a plant and say that his grandfather, if he had a cold, would pick that plant and boil it. Or if you had a sore throat, you’d take this,” Stock said. “A lot of it had been handed down from generation to generation.”

Based in Eolia, a small town located halfway between St. Louis and Hannibal, American Botanicals produces a million pounds of bulk herbal products each year.

During the growing season, the business purchases tons of raw plants each day from gatherers around the country. The company then sterilizes the plants and adapts them for sale to some of the world’s biggest consumer brand names in the herbal supplement business.

“You can go to CVS, Walgreens or Wal-Mart, and in the supplement aisle you are going to find things like goldenseal and black cohosh that originated here,” said Stock, company president and CEO. “We process those and sell those into bulk. Then those are put into capsules or extracts to make those supplements sitting on the shelf.”

Business is great at American Botanicals, which employs roughly 30 people. Bulk products are being shipped from Eolia to buyers across the globe to help feed a growing demand for natural supplements and remedies. Stock has double-digit annual growth projections.

But even as global trends lift the prospects at American Botanicals, Stock realizes he has a growing list of investments needed to take the company to the next level. 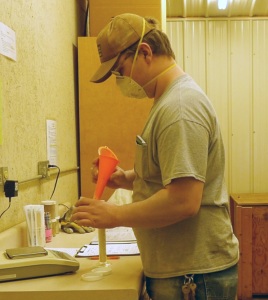 Recently, he spent hundreds of thousands of dollars upgrading the small laboratory at American Botanicals where workers identify plants and ensure they aren’t tainted by pesticides or other chemicals. He also hired a college-educated staff member to run this equipment.

“It used to be that you could just collect the plants and send them,” Stock said. “But the industry is changing dramatically in that the bar for quality and the bar for testing these materials is getting higher.”

And meeting that bar is expensive. To help him make the needed investments, Stock turned to Advantage Capital Agribusiness Partners.

In March of 2015, the St. Louis-based fund announced it would invest in American Botanicals, giving Stock the cash infusion he needed to modernize the company. Then, in early 2016, the fund decided to back American Botanicals again as it acquired a Nevada-based medicinal mushroom cultivation company called Aloha Medicinals.

When the Aloha Medicinals acquisition was announced, Tim Hassler, principal at Advantage Capital, praised the move.

“The two businesses are both growing organically and are highly complementary,” said Hassler. “We are excited about the prospects for continued growth.” 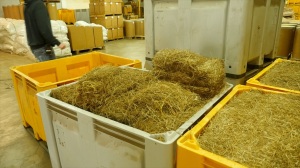 “It’s easy for me to hire people who are very familiar with plants,” he said. “We’re able to find individuals who are accustomed to being outdoors and in the type of environment we have to deal with in working with all these plants.”

Looking forward, Stock hopes to continue to invest in his company’s future and set a strong foundation for growth. He’s currently eyeing a million-dollar-plus steam system that would reduce the company’s dayslong sterilization process to mere hours.

“Each year we’re investing in the business, which allows us to improve quality and helps us grow,” he said.