Most people know how much their cell phone plans cost. Likewise, the cable bill is far from a mystery. But how much are you paying each month to maintain and improve Missouri’s transportation infrastructure?

For the average driver, it turns out that’s around $30.

Patrick McKenna, director of the Missouri Department of Transportation, thinks it’s worth comparing that price to our other monthly bills. Is a cell phone or access to television channels really worth so much more than transportation? 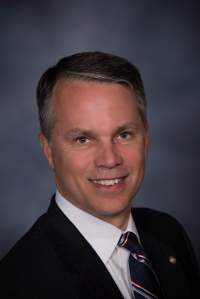 “None are as impactful on your daily life as the transportation network,” McKenna said. “Yet we fund this at a mere fraction of all those others.”

For years, the Missouri Department of Transportation has been sounding dire warnings about future funding shortfalls and how those could impact the state’s ability to maintain its transportation network, which is the seventh-largest in the nation.

Fortunately, the worst scenarios have not panned out.

Federal passage of the Fixing America’s Surface Transportation Act in December 2015 eliminated the risk that the federal government would not reimburse Missouri for eligible construction costs. In the short term, this has enabled the state to draw down cash balances in the state road fund to match federal funds.

“Deficit spending is not a sustainable long-term funding solution, but in the short term it enables us to take care of the existing system and maximize federal funding,” McKenna said.

With a short-term crisis now averted, the department has launched an effort to educate Missourians about transportation funding and why an additional $825 million per year is needed to improve the state highway system, promote economic development and provide additional transportation options. It’s called the Citizen’s Guide to Transportation Funding in Missouri.

The guide breaks down where Missouri’s $2.5 billion in transportation funding comes from — one-third from the federal government, the rest from user fees such as the gas tax and vehicle sales tax and licensing fees.

It also shows how transportation funding is being invested and what additional projects Missouri could do if more funding were available. For example, there isn’t enough funding right now for Missouri to undertake a long-needed reconstruction of the major interstates.

What’s not in the citizen’s guide is a plan for how Missouri should go about raising the extra funds.

“We’re not making a specific ask in this regard; the intention is solely to inform,” McKenna said.

As Missouri continues to discuss transportation funding, there is increasing talk by President Donald Trump about the need to boost federal spending. A preliminary plan calls for about $1 trillion in new spending over the next 10 years.

“We really feel like this is a once-in-a-generational opportunity,” said Ed Mortimer, executive director of transportation infrastructure at the U.S. Chamber of Commerce.

Mortimer said he expects the first step will be for Congress to issue a spending blueprint. After that, the Trump administration will release its plan, leading to debate over the funding increase over the summer. He said it could be enacted in the fall.

This federal effort could bring both clarity and incentive for Missouri to make progress on its own transportation funding effort.

“It’s time to modernize,” Mortimer said. “Instead of Band-Aiding these problems, it’s time to say, ‘How do we make the system better?’” 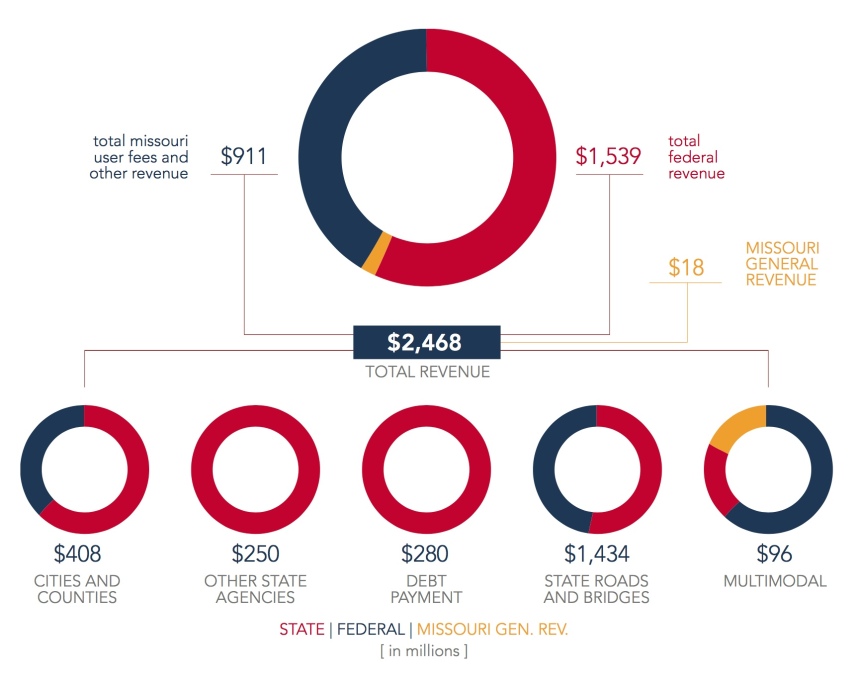