On any given St. Louis summer evening, customers line up outside one of Ted Drewes’ stands for an iconic yellow cup filled with frozen custard.

Churning out cool treats for nearly 90 years, Ted Drewes Frozen Custard is a beloved St. Louis establishment. Little has changed in the way the business is run since Ted Drewes Sr. opened the first shop in 1929.

Customers still order at the window at one of two St. Louis locations, most choosing the Ted Drewes mainstay: concretes ranging from classic flavors such as vanilla and chocolate to more exotic offerings like pomegranate and lime. The base concrete recipe has been altered only once in the business’s history. During the Depression when sugar was scarce, honey was added to the recipe, and that special ingredient is still used today. 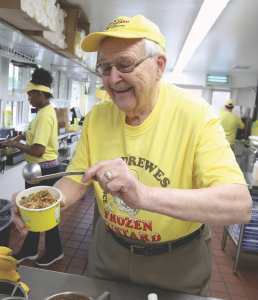 But the ingredient that is most important to Ted Drewes’ success is service.

“We have a sign in our Chippewa store that says, ‘Our business is service,’” said 89-year-old Ted Drewes Jr., who took over the business from his dad. “And that is the key to our success. It’s one thing to have a good product, but if you can’t get it to the masses, where are you?”

Ted Drewes Frozen Custard has perfected the art of customer service, which explains why the long lines outside the stands never deter customers. Customers know it won’t be long before they get their turn at the window to order up their favorite flavor.

“I think our secret is that we have always tried to have good help and keep good help,” said Ted Jr.

Ted Jr. attributes the company’s signature service to his mother, Mildred, who took orders beside her husband.

“It was her philosophy of customer service — that ‘don’t mess around and get it done’ attitude — that helped make the company successful. It’s still the way Ted Drewes Frozen Custard keeps customers happy today,” he said.

She also started the Ted Drewes tradition of taking customers’ orders without writing them down.

“We used to have curb service, and Dad got my mom to be his first carhop. She didn’t have to write the orders down, and so ever since, we haven’t written the orders down,” said Ted Jr.

Ted Jr. is retired, but he still visits the store every week or so.

Today, Travis Dillion, married to Ted Jr.’s daughter Christy, is at the helm. Although many offers to buy or franchise the business have been made over the years, the company has chosen to maintain its family-owned tradition of sweet success. 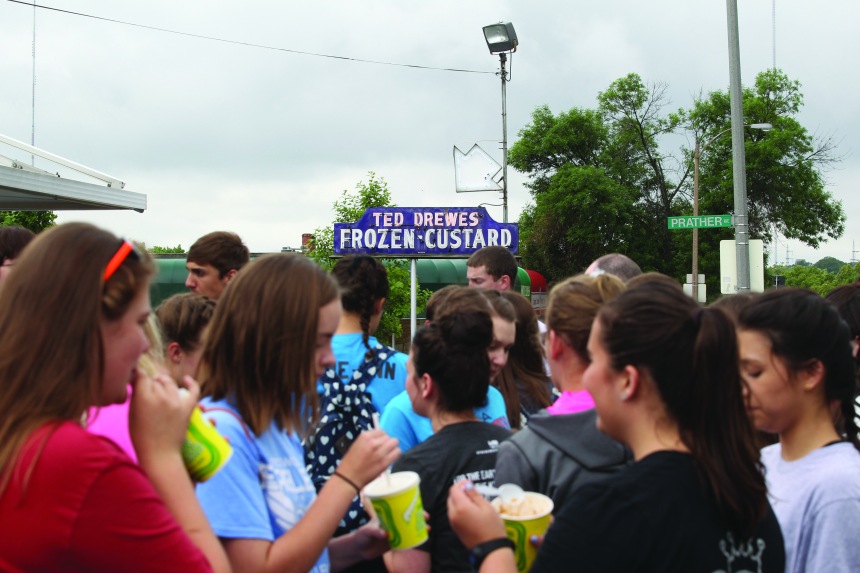