The Power of Sharing

By Shawna Scott and Jacob Luecke

It’s not every day you need a giant bulldozer. But if you do, one Columbia-based tech startup has your solution.

Brothers Willy and Jabbok Schlacks co-founded EquipmentShare in 2014 after they noticed a supply- and-demand disconnect in the construction equipment industry.

Many contractors’ heavy machinery was often sitting idle. Meanwhile, other contractors had to either buy their own expensive equipment or face high costs from traditional rental companies.

“The reason why we started was to solve that fundamental problem of underutilization,” said Willy Schlacks, the president of EquipmentShare. “Those things they own will be less utilized than if they actually share a pool. That’s really when we started to solve that problem.”

The Schlacks brothers designed an online platform and app, creating a win-win for contractors on both ends of the deal: Owners can place their unused machinery on EquipmentShare’s marketplace, and renters can afford a machine they need for only a short period of time.

The brothers’ long history in entrepreneurship led them to land on the idea.

“The only thing my brother and I have ever done is just start businesses,” Schlacks said. “We had a couple construction companies and some in the service industry. We started a computer company too, in the ’90s, which is where we sort of were playing in both worlds and why we ultimately knew there was a sizable gap between what was available for the construction industry.” 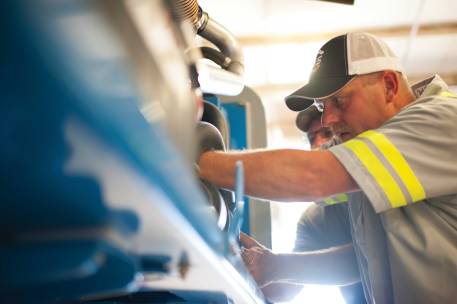 EquipmentShare was popularly dubbed the “Airbnb for construction.” But it quickly became much more than that as the Schlackses branched out to develop other advanced tech solutions for contractors.

“We realized that you’ve got equipment and these machines that move around, and you can’t keep track of them,” Schlacks said.

To address that, they developed EquipmentShare’s ES Track telematics system. The software makes it possible to handle and track entire construction fleets digitally, getting real-time analytics about each machine’s location and other data.

It became their unique advantage in the industry.

“Most [clients] use it every day just to manage their business. Service intervals, work orders, where are my machines, dispatch,” explained Schlacks. 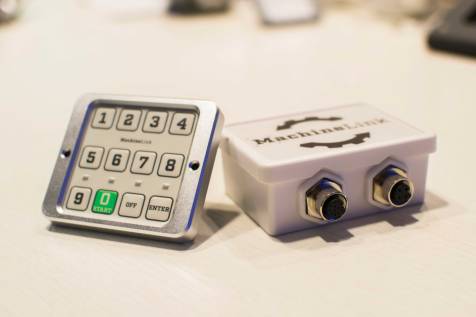 He also hinted at the even higher ambitions they have for technology development in the future.

“Some of the work we’re doing with predictive intelligence for machines is fairly cutting-edge, and there’s really nothing like it there on the market. It lays that groundwork for the machine intelligence because you ultimately have [something] similar to the vehicle where you have self-driving cars and all that,” said Schlacks. “That’s what we’re building. That’s pretty far out though.”

EquipmentShare may be young, but it is growing fast. Schlacks said the company had about 160 total employees in 2017 — nearly double the previous year’s total.

And being headquartered in Columbia has its perks when it comes to hiring in the tech field.

“The advantage is, we’re not necessarily competing with 200 other companies for the same talent,” said Schlacks.

Their target goal, he said, is to open 25 more locations across America by the end of 2019. Besides Missouri, the company already has markets in Texas and Florida and is making progress on going beyond the U.S. as well.

“We’re marketing everywhere around the country. We do have some international presence, but it’s a fairly complex product and we’re just getting to the stages of, ‘Hey, this is a pretty awesome product; now let’s scale it,’”said Schlacks.

A high-aiming mentality has been a key part of the company’s success.

“I like solving hard problems with really good people,” said Schlacks. “The team has made amazing progress, and we do set very lofty goals. If you don’t shoot for that, then it’s easy to underperform.”

As EquipmentShare continues to expand, the two brothers help each other stay on course.

“It’s nice to have somebody there who’s very free with their feedback and criticism. That’s exactly what we both want from each other. We heap it on in spades,” Schlacks said, laughing.