Ice cream by the ton: A look inside Sikeston’s delicious dairy empire

Posted on September 17, 2018 by sscottmochamber 2 comments

Unilever’s ice cream factory is, quite literally, one of the coolest places in Sikeston.

From foods to household goods to toiletries, Unilever produces more than 400 brands across 190 countries. The multinational corporation got its name when businesses Margarine Unie and Lever Brothers merged back in 1930. Today, the company says you can find at least one Unilever product in seven out of every 10 homes around the globe.

In Sikeston, it cranks out 53 million gallons of ice cream per year.

Besides Breyers, Unilever has acquired several frozen dessert name brands over the years. Talenti, Klondike, Good Humor, Popsicle and Magnum are some of those produced in Sikeston.

In 2015, the original plant closed, but the second one is still going strong.

“It has become one of the largest ice cream factories Unilever operates globally,” said Bryan Dunham, the Sikeston factory director.

The facility is in operation 24/7. The magic starts with basic ingredients like cream, milk and sugar, which are blended into a mixture, pasteurized on-site and stored in large tanks. Next, the mixture is pulled onto individual production lines to be flavored. The flavored mix is then pumped into a “continuous ice cream freezer” to blend it with air, giving it a semisolid texture. After that, any ribbons of sauce, chocolate, cookie pieces or nuts are added.

A filling machine pumps the ice cream into different products — bars, pints, pops and so on. Those are moved into a “blast freezer,” bringing the temperature down to freeze them solid. From there, depending on the product, they are moved through a variety of dipping stations, nitrogen areas, coating procedures and packaging machines before getting stacked on pallets. The pallets wait in a massive distribution center at minus 20 degrees Fahrenheit until it’s time to ship them out to stores.

The unique challenge that comes with producing ice cream, of course, is keeping it cold.

“At any time within the process you are always trying to control the temperature of the process and product to ensure top-quality results and consumer safety,” Dunham said.

Last year, Unilever’s ice cream sales reached $3.6 billion. As for trends in the frozen dessert aisle, ice cream lovers are often opting for low-calorie and low-sugar versions of their favorite treats. To meet the demand, brands like Breyers and Talenti have recently launched several light flavors.

“While the basics of ice cream remain the same and have their place, the industry continues to evolve and develop more and more into specialty products and processing,” said Dunham. “Consumer interests continue to challenge the industry to find ways to deliver the same great taste and enjoyment but in a way that delivers a healthier impact.”

Dunham said he likes working in Missouri because of the people’s “passion and talent.”

“The greatest strength of the Unilever factory in Sikeston is the team within the facility,” he said. “Sikeston and the surrounding area have a strong work ethic, coupled with a rich farming history that has seen achievement even through adversity.”

A factory as big as Unilever has a large impact on the economy of Sikeston, with its population of well under 17,000 people.

“The key goal is to continue to grow the operation, provide rewarding employment and a strong future for the community,” said Dunham.

Dunham himself has been involved in the industry from the very beginning of his career.

“I attended Southeast Missouri State University, landed an internship with a local ice cream factory and grew with the company,” he said. “I never imagined my career spanning nearly 20 years of ice cream manufacturing, but the process gets in your blood and the challenges of the operation keeps it interesting.”

What’s your favorite Missouri-made ice cream? Let us know in the comments below. 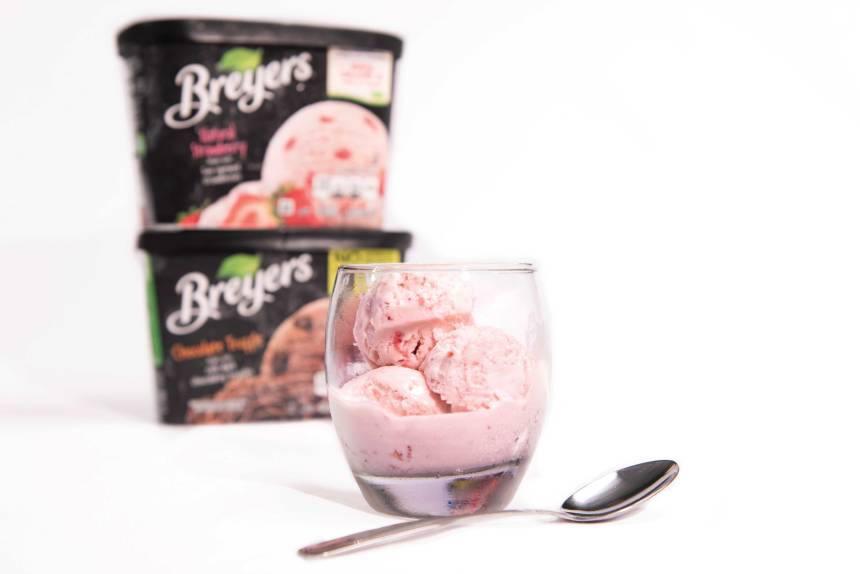